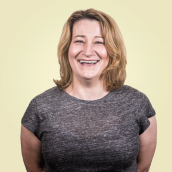 In the summer of 1954, the UK celebrated the end of 14 years of rationing.  Within a few months of the start of the Second World War, every adult and child had been issued with a ration book to manage drastic food shortages. Even then we were dependent on imported food but as the merchant fleet was transferred over to war service and vessels, ports and warehouses came under attack, food supplies were threatened.

64 years later and our imported food supply is in the news again – this summer we’re hearing about government stockpiling food as a precaution for a No Deal or Hard Brexit. Early in August the NFU warned that, if the UK was dependent on its own food supplies from 1 January, we would run out on 7 August. This came in the same week that the founders of Fever Tree, the posh flavoured tonic, celebrated a £103 million pay out after selling stock to investors. We live in strange times where the founders of artisanal niche drink products are making a killing against warnings of impending food storage.

If we are doomed and heading for the return of wartime specials (think powdered egg and carrot scones) it’s worth looking at how trends have shifted from scratching together meals from whatever you could lay your hands on to the global larder of artisanal goodies, fast food and ready meals.

Today we import about half of the food we eat. Our largest supplier is the EU, which supplies around 30% of what we consume, and the rest of the world supplies around 20%. 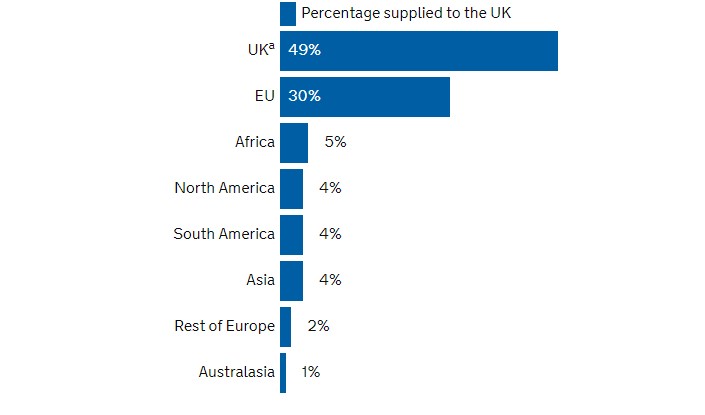 What we import depends on the type of food – imported fruit and veg is huge and outstrips our exports nearly ten to one (reflected in the huge range of year-round choice we now have). But import trade outstrips exports in meat, dairy and fish as well. Indeed, the only category where UK export is higher than imports is in beverages (and not the tea and coffee kind!).

In the war we turned around our import dependency through rationing and a public information programme on what to grow, cook and eat as well as a huge campaign against waste. During the war, British agriculture had to produce the greatest amount of food possible – potatoes, wheat and sugar beets to replace imports and we needed to boost production of fresh foods such as milk, fruit and vegetables. Between 1939 and 1941 foods that showed an increase in consumption were grains (+22%), potatoes (+7%), dairy products (+6%) and vegetables (+1%). Foods showing the biggest decreases were fruit (-58%), fish, poultry and game (-39%), sugar and syrup (-35%), meat (-22%), pulses and nuts (-22%), eggs (-20 %), fats (-12%) and beverages (-1%). Milk was big during the war — consumption increased as a result of the National Milk and School Milk Schemes. These gave expectant and nursing mothers, children and adult priority groups in physical occupations extra rations.

Could we stand up to this challenge now with the changes in our diet, preferences and choice?

The impacts of a hard Brexit on our food supply might be severe and cause a similar shock to the system as the impact of rationing in the 1940s. But while we’d have to make do with less of our imported delicacies the impacts on health could be positive if it meant a return to the simpler, vegetable and grain-based diet of yesteryear. ln 2016, over a quarter of adults in the UK (26%) and one in five children in Year 6 (age 11) were obese. Any threat to our food imports could have quite an impact on the weight of the nation.