Since the Mobile World Congress earlier this year in Barcelona one thing is sure: wearable devices are here to stay. From Nike’s Fuelband to Samsung’s Galaxy Gear smart watch, smart devices have made the jump from Sci-fi fantasy to mass-market. But there is one particular device that overshadows them all: Google Glass. 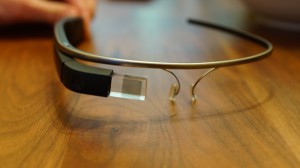 Glass is not yet available to the open market – only to a limited number of ‘Explorers’ in the US and, as of this week (and only this week), to those willing to pay the impressive sum of $1500 –, but it has already come under a lot of scrutiny.

From claims of being elitist, due to the limited availability and high price, to more severe concerns such as privacy. The latter issue faces two ways as it relates both to the Glass Users’ personal data security and as it relates to the general public inadvertently in the path of the Glass lense.

The Snowden revelations have put private data collection in a new light – Adweek has found that 72% of Americans wouldn’t wear Glass due to concerns over access to private data.

Concerns over public privacy have unfolded themselves quite differently. There have been various attacks on Glass-wearers in the San Francisco area over fears of unknowingly being recorded, resulting in the preliminary banning of Glass in a variety of places, whilst critics’ main fear is the transformation of society into one of constant surveillance.

But Google recently went on the offensive, and in addition to the Glass Etiquette on ‘How not to be a Glasshole’, it set to clear the air surrounding the top 10 myths about Glass.

As with most ‘game changer’ technologies, Glass disrupts life as we know it. Due to it still being novel, and the fact that it is constantly worn, there is no knowing for those unfamiliar with the device if and when it is recording and when not.

Similarly, we can probably all relate to the sensation of having a chat with someone who is constantly fiddling with a mobile phone – a device that provoked just as much hostility when it first appeared – if not more – and has subsequently become an integral part of our daily lives.

People forget that Glass is still in its early years and is very much an experimental technology, perhaps as Google Glass develops and becomes more useful (and accessible) to more people, it might become commonplace.

For a more detailed and in-depth account on what Google Glass has taught us to date, click here.