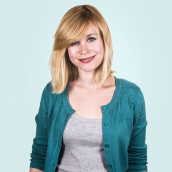 A few weeks ago, while at an MRS training event, I participated in a group discussion that 5 minutes in, already revolved around the ethics of consumption, air miles and carbon footprint considerations and critical assessments of the government’s five-a-day nutritional guidelines.

While you could be forgiven for thinking the topic assigned was related to current trends, societal values, or a similar overarching topic, the initial question had in fact been very simple: ‘what’s your favourite fruit or vegetable, and why?’ So why did a discussion that in a different era would have been limited to taste, price, or flavour, evolve into such a complex and value-laden conversation?

One response is of course that as consumers in the information age, our expectations of what we consume have become multifaceted and complex – we are now aware of where our fruit and vegetables come from, their potential nutritional value when cooked in different ways, and even their link to Fairtrade practices.

The way we consume food is also marked by a unique desire for attaching what was once an entirely sustenance-driven activity to different values; whether these principles are ethical (‘I don’t eat eggs from caged hens because the way they are produced is cruel’) or practical (‘I live a frugal lifestyle, and therefore do not waste food’). Discussions around Jamie Oliver’s food revolution and recent campaigning in favour of a sugar tax have quickly turned to debates about class and images of what it means to ‘eat well’ and whether or not the consumption of processed food, which some argue is necessary, or at least inevitable for families on lower incomes, should be on the receiving end of more regulation.

Companies in the business of marketing and selling food are of course not unaware of this and public dialogue around food actually does translate into customer expectations and behaviours. Sainsbury’s has recently announced its recent decision to place ‘fake’ meat (vegan) products alongside real meat in its supermarket aisles in an attempt to boost sales coming from the UK’s ‘flexitarian’ market. This segment describe themselves as consumers who are aware that they should be eating less meat (for a plethora of reasons – ethical, health and so on) but still like to indulge once in a while.

Today, two thirds of UK consumers agree that they do not need to eat meat at every meal, and the vegetarian, vegan and flexitarian market are growing – just look at the boost in growth of sales of meat substitutes such as Quorn. When Bill Gates is investing in companies called ‘Beyond Meat’, you know things are changing.

In 2016, Trajectory’s ‘Future of Food’ breakfast talked about the changing role of food and what motivates us to buy particular food items in the first place.For instance, while the main reason we bought food in 1995 was practicality, enjoyment is now just as important in terms of driving purchase decisions. 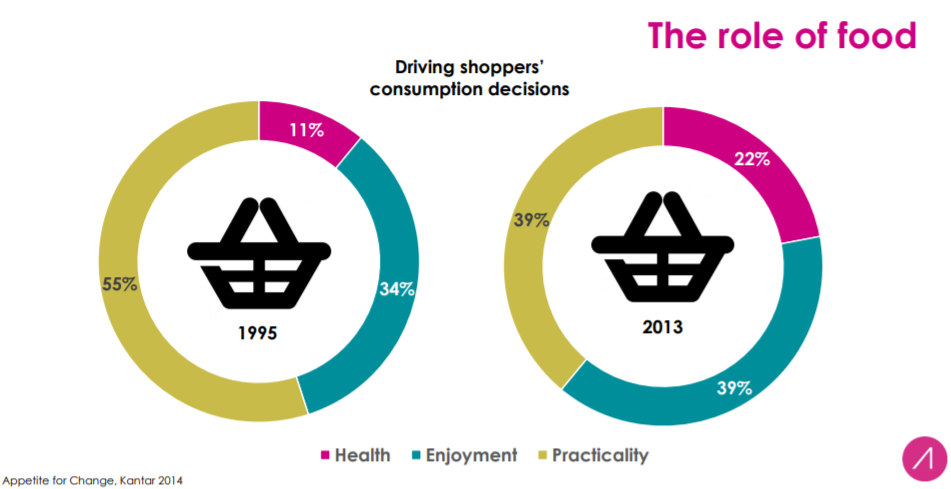 The tensions and binaries around enjoyment of food are part of what we call the ‘New Morality’ at Trajectory – a term initially coined to describe a shift in the ethical concerns of consumers, who in a time of economic hardship became more individualistic and inward looking. Instead of wider causes like environmentalism, morality became more tied to self-preservation and increased scrutiny of practices such as executive pay and bonuses. As the economy made a slow but tangible recovery, concerns around what should or should not be enjoyed, allowed, or encouraged, have begun to surface again, and this time in a big way  – it is not coincidental that it is now that we are more likely to pay attention to unfolding crises like the plastic pollution caused deterioration of the environment.

While the New Morality can be clearly seen in the consumption arena, at least from a food perspective anyway, it remains to be seen whether any potential economic fallout from events such as Brexit will see us return to a more ‘self-preserving’ attitude.