Last week saw the curtain fall on Jon Stewart’s tenure as the host of The Daily Show, and with it the end of an era of political satire. 16 years, two wars, four presidential elections, 19 Emmys and 2 books later, we address the State of the Union in the post-Stewart era in an attempt to understand the impact of the Daily Show on the US electorate, and think about the impact such popular political programming could have closer to home.

Whilst the viewing figures for the cable-based Daily Show pale in comparison to those of its late-night network entertainment rivals (think digital vs. terrestrial), it is its influence among young would-be voters that is most interesting. 2004 Data from the Pew Research Center showed that 47.7% of Americans between the ages of 18-24 watched the show ‘occasionally’, and 2014 data from the same source shows that the median age of the Daily Show’s audience is considerably lower than those of its network-news rivals. 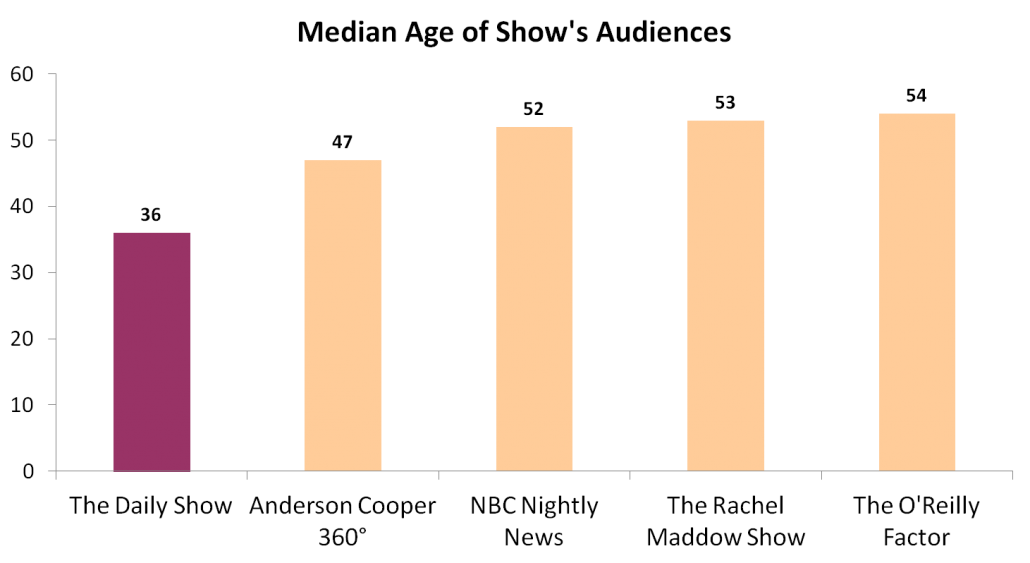 How the show – one that is primarily an entertainment product – compares to its network-news rivals would be irrelevant if it was not such a prominent source of news for young Americans, a group we know that is increasingly looking further afield for information on current affairs.

Pew’s data from 2014 shows that 12% of online American’s got their news from the Daily Show figures which rival those of USA Today (12%) and Huffington Post (13%), and research by the Public Religion Research Institute discovered that 17% of liberals trusted the Daily Show to give them the ‘most accurate’ information.

That the show has the power to influence the hearts and minds of young voters is clear. What is less clear, however, is effect of this influence. Those backing Stewart state that regular consumers of political satire “exhibit exceptionally healthy democratic characteristics compared to non-viewers”, claiming that audiences are more likely to vote, discuss politics with friends and family, and watch the news more. The position of the show as satire, and its home on cable television, Comedy Central, means that there is little doubt as to the driving force of the programme – humour – a fact which is not lost on Stewart’s detractors. The effect of the satirical nature of the show is to limit the scope within which policies, issues and political operators are discussed, with content focussing on the negative, inconsistent and absurd aspects of political manoeuvre. Research conducted by East Carolina University found that viewers of the Daily Show in the election run-in of 2004 were more likely to rate both candidates negatively than non-viewers, with exposure to the Daily Show causing “a 23% increase in the probability that a participant would disagree that he or she has faith in the electoral system.”

The presence of Stewart in our homes, and the power of his programme to change the way people think is evident. Less evident is the ability of his show – and, it must be said, the shows he has spawned – to convert political engagement, scepticism and passion into the currency of democracy – votes. At 36.6% turnout in the 2014 US midterm elections was the lowest since World War II, with an estimated 21.3% turnout among the 18-29s.

Of course, it isn’t Jon Stewart’s job to get young people voting. If, as his supporters say, viewers of his programme are more likely to vote, discuss politics, and be politically engaged, it is worrying to imagine what could happen if many of the 47.7% of 18-24s who watch his show become even less politically engaged. The way young people encounter and digest information about current affairs is changing, but our own dalliance with Russell Brand as political commentator has shown that whether the comedic political totem  is sat behind a newsdesk or in front of a webcam  in his bedroom, their ability to turn political engagement into political currency appears to be very limited indeed.