A recent visit to South America not only demonstrated the huge potential for growth in the affluence of its citizens and hence for those companies looking to export there but it also reaffirmed our faith in our own positive view of future prospects. This is partly based on long running numerical analysis of changes in values, attitudes and behaviour. A prime example of such analyses are those of Ron Inglehart who over 30 years has been tracking such changes via the World Values Survey. In this, Inglehart shows that most countries are on the one hand moving on a path from traditional values to scientific-rational ones and on another from survival values to ones of self-expression. 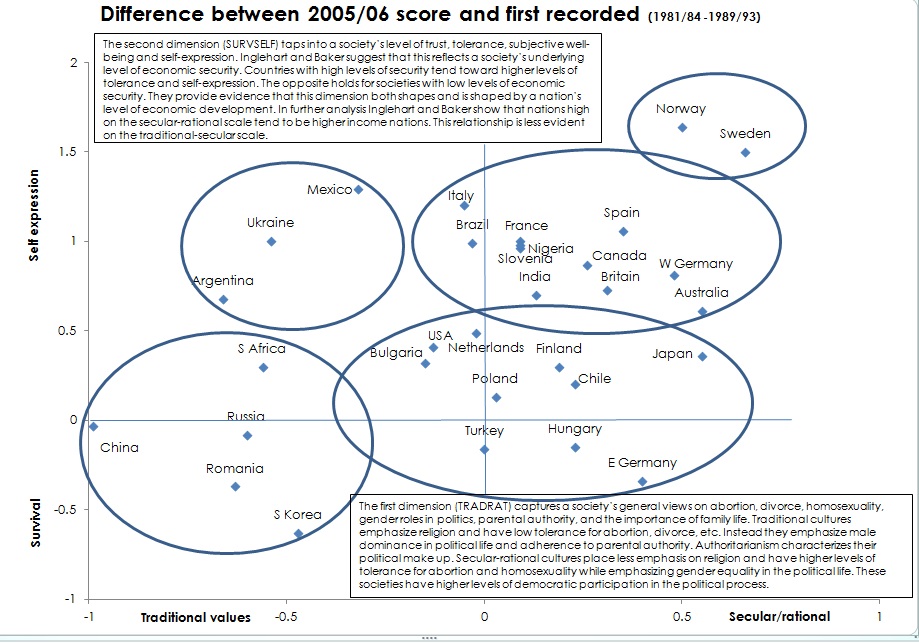 European countries are leading the long-running move towards a more scientific, rational, individualist and liberal world and this gives added impetus to the prospects for South America.

The fact is that Latin America has a distinctly Western feel to it arising from its historic connections with Europe and its proximity to the United States.

Not only does the language come from the Iberian peninsula but many of its founding fathers (who ironically fought to gain independence from their Spanish rulers) were from Northern Europe. Bernardo O’Higgins – born of Irish and Chilean parents – was a leading figure in the independence wars of Chile, Argentina and Peru. He was educated in England, lived in Clarence House, Richmond and has a bust by in the gardens overlooking the river Thames.  Thomas Cochrane led the rebel navies of Chile and Brazil in their quests against the Spanish and later became an Admiral in the British Navy. Argentina has significant Italian (60% of Argentines have some degree of Italian descent) and French (17%) communities. Chile has significant proportions too. The development of the wine industry in both countries in the last two decades has reinforced French and Italian (and Spanish) presence as well.

All this adds to the belief that the trends associated with the value shifts discussed above and the consequent economic development will continue.

It’s easy to be distracted from the long-term centuries-old trend underpinning our narrative by short term ‘diversions’ of which today’s worries over Islamic fundamentalism, Russian revanchism and a near decade long economic malaise are prime examples.

But the message for companies is clear.

Be vigilant of the short term, plan for the long.

That is what we at Trajectory Partnership try to help you to do.