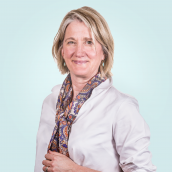 Benjamin Franklin said there were only two things certain in life: death and taxes. People have added others over the years from ‘trash’ to ‘nurses’ depending on their particular bugbear and level of political correctness. As 2017 looks like being another year of uncertainty, here is a list of things we can predict with a high degree of confidence (if not with the absolute certainty of Franklin):

Most people will still eat too much and not exercise enough: Deliciously Ella has said this week that ‘clean’ eating is now ‘dirty’. But don’t worry if you’re confused about this latest instalment in the healthy eating story, for the majority of us there is a strong likelihood that we will get a little bit fatter in 2017. Despite gym membership in the UK being at an all-time high (at 9.2 million, around 18% of the adult population aged 16+), obesity levels show no signs of declining. Over 25% of the UK population are now obese – also an all-time high. Of course, research by Nuffield Research in the States does show that around 80% of people with a gym membership don’t visit the gym, which could be the answer to this conundrum.

Environmental scepticism will continue to be widespread: despite only one of the 9,136 authors of peer reviewed papers about climate change, rejected anthropogenic global warming – only 44% of the GB population disagree with the statement “Even the scientists don’t really know what they’re talking about on environmental issues” – meaning the majority of us lack trust in people who know what they are talking about. Plait, P. (14 January 2014). “The Very, Very Thin Wedge of Denial”. Slate. Retrieved 12 June 2014

The rich will live longer: Since records began it has been a truism that if you live in a poorer area you are more likely to die at a younger age than if you live in a rich area – ONS reports that this is still true today: people living in the poorest neighbourhoods in England, will, on average, die seven years earlier than those living in the richest neighbourhoods.

Men will still earn more than women: While in 2016 the gender pay gap (for median hourly earnings) for full-time male and female employees decreased to 9.4%, from 9.6% in 2015, this gap has changed relatively little over the last six years. We expect no significant change in 2017.

And finally on a more cheerful (if slightly random note), expect a rush on sales of birthday cards and party decorations in late September: More babies will be born on the 26th September than on any other day of the year. ONS data show that the 26th September has been the most common day of the year to have a baby for the last two decades – around 2,000 are born this day compared to 1,800 expected if all days were equal. Eight of the ten top days for giving birth are at the end of September and two are at the beginning of October. Of course, the 26th September is 39 weeks and 2 days after Christmas day. And for those of you who are curious about the contrary, the least popular days for giving birth are the 25th and 26th of December with only 1,400 births each.