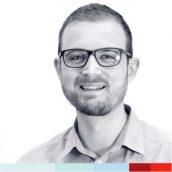 The ethical concept of being right or wrong is one I shall not be delving into – it’s a branch of philosophy reliably left to Socrates and co.

However, something being good or bad is more nuanced and individualistic – something we’re empowered to have; our own opinions.

In addition to the changing Government comms, branding and business communication is particularly under the spotlight for showcasing a lack of authenticity and for undertaking purpose-, ethic- or value-washing.

This started as a drafted list of ‘winners and losers’, but given the harsh contextual realities of the global pandemic, and mounting economic tsunami, I thought a change of tack would be welcome.

So, what were the brands that have got it ‘right’ and ‘wrong’ during the pandemic?

I thought I’d start by highlighting some of the good work done by marketers, communicators and businesses across brand marketing in the past few months. Those who got it more right than others. In no particular order:

North London’s Camden Town brewery rebranded its popular Camden Hells lager as ‘Camden Heroes’, giving away a six-pack of the beer to every NHS worker as a thank you. 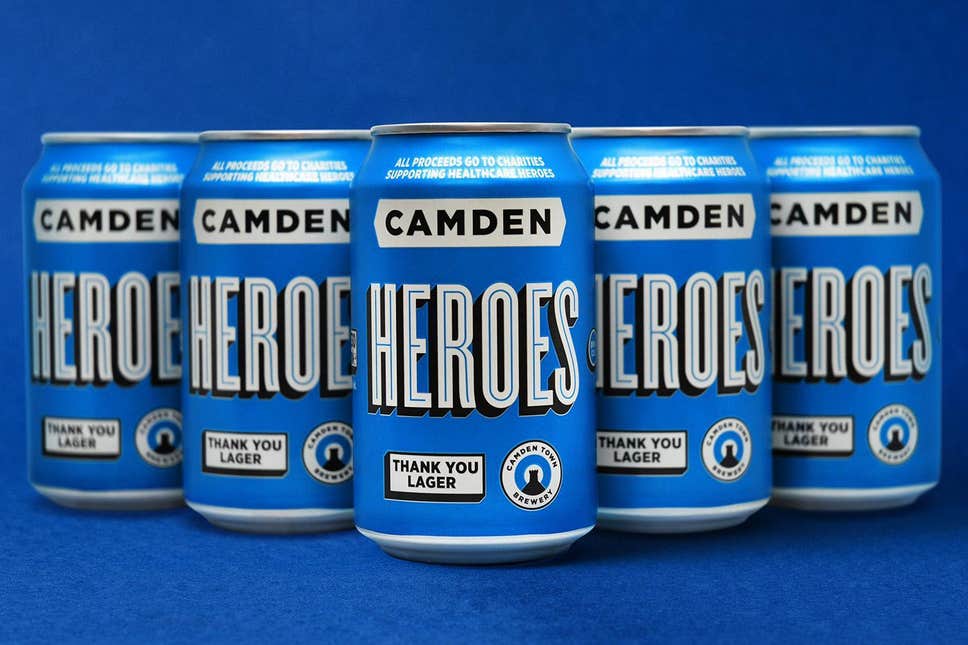 In the same vein, many businesses volunteered their time, products and services to give back to the NHS, including Pret giving free hot drinks and 50% off food, breweries including Brewdog producing hand sanitiser (although it needed more alcohol), and a regional pub group donating meals to NHS, carers and frontline workers.

Heinz took a similar route with its ‘breakfast isn’t going anywhere’ campaign – partnering with Magic Breakfast to donate 12 million free breakfasts to schoolchildren who needed it the most. Precursor to Marcus Rashford’s strong work (or is it ‘Daniel’?).

Explaining coronavirus and why we’re in lockdown to children can be a struggle. Creators of ‘The Gruffalo’ Julia Donaldson and Axel Scheffler created 12 illustrations featuring a range of characters, including Stick Man and Zog, to help children understand the importance of social distancing. 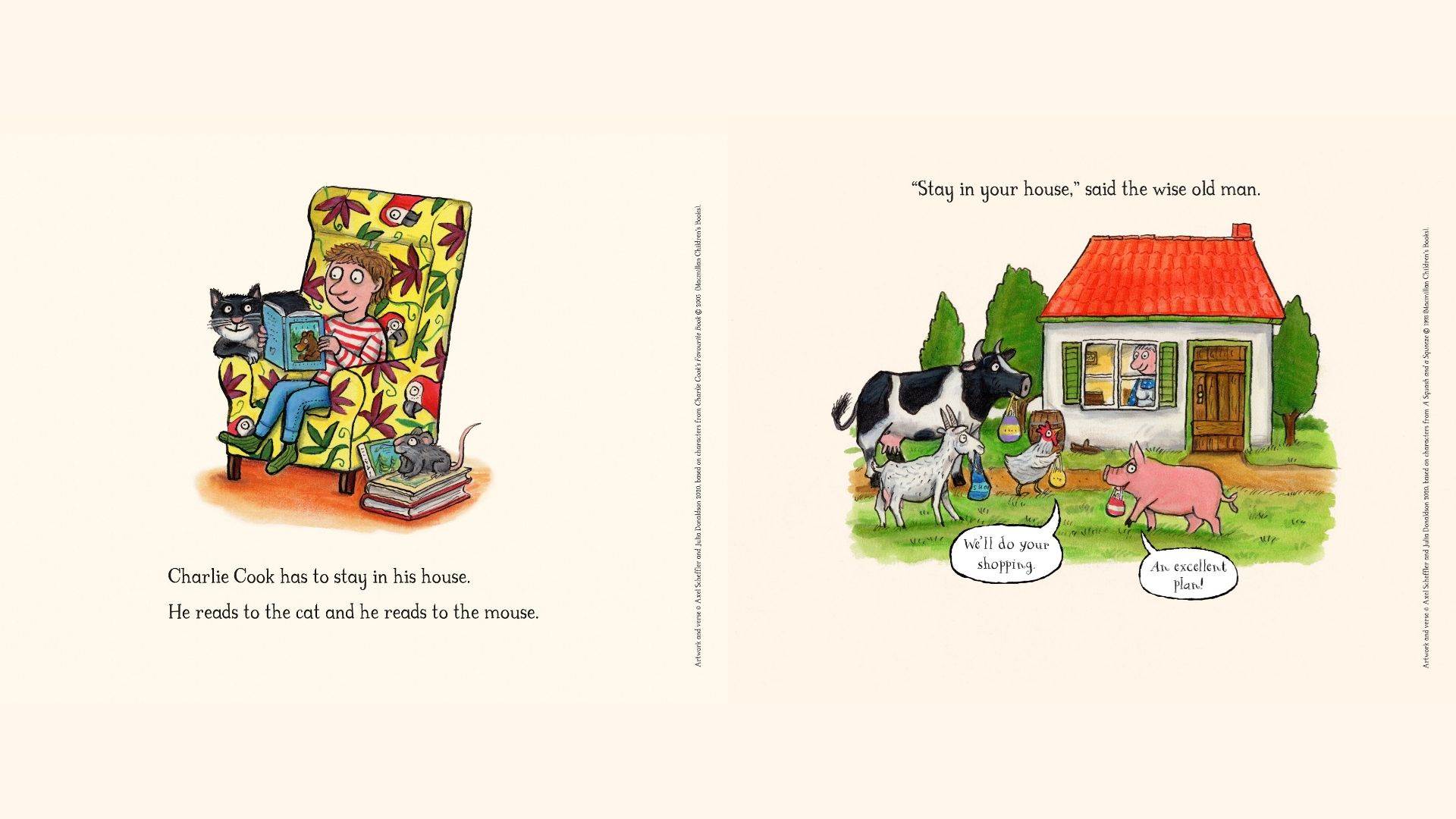 This was also the approach by some larger brands who adapted their logo for impact, however, they were chastised by some for being a short-term PR stunt. However, food for thought that clever ideas don’t have to be big changes.

More light-hearted campaigns that caught my eye were Lego’s take on the video call – relevant for work as well as keeping in touch with friends and family – Ikea Spain’s reminder of the importance of staying home with a TV ad and clever poster campaign, and the Budweiser ‘Whassup’ redux reminding people to check in on friends in isolation. 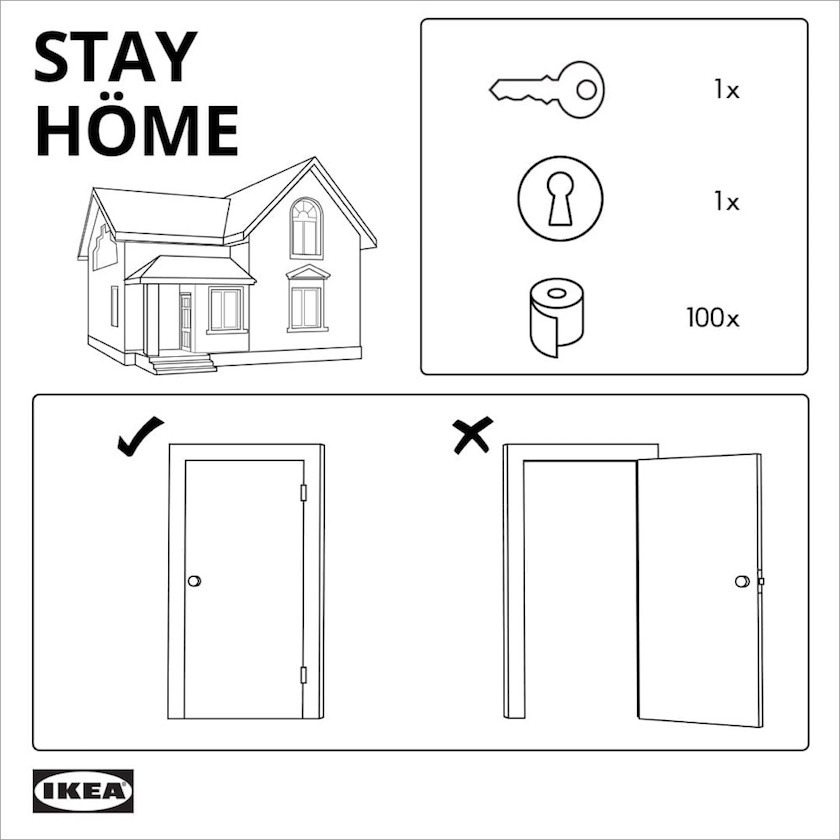 Hotels.com also did well, pulling the plug on it’s big campaign featuring Captain Obvious squashed up in a plane, with hands in snacks, for a new, social-distancing piece. A U-turn that was probably a good idea, given that consumers were having to cancel holiday plans for the foreseeable future, avoid flying and stay 6ft away from people…

And finally, snack brand Emily capitalised on its first ever out-of-home (OOH) ad campaign that was already paid for, by adapting the messaging to ensure it was picked up in other media, such as social. Very clever and, as the brand believes, it will have more cut through from its impact: “…this is going to have a lot less eyeballs…[but] because it’s so relevant and it’s of the moment… people want a bit of humour right now and that’s what will allow this campaign to resonate.”

So, that was a look at some of the more positive marketing activity over the past couple of months – food for thought around brands’ activities during the pandemic.

Stay tuned for the next piece on coronavirus marketing (Marketing that missed the mark) coming soon on Trajectory’s blog.