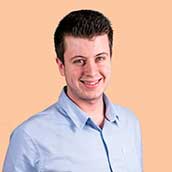 The market for ethical purchases such as free range, organic and fair trade products within the UK is growing at a considerable rate, with increasing awareness of the impacts that such purchases can have on the environment  and society globally leading to this market having more than doubled in the UK in the last ten years.

This increased interest is assumed to be driven primarily by younger and more liberal consumers, who are able to gain access to information surrounding the impacts of our consumption far easier than any previous generation.

This theory is corroborated by the results of our Trajectory Global Foresight data, in which we found that 44%  of consumers in the UK between the ages of 18 and 24 were likely to buy products and services from ethical companies, far higher than any other age group in this market.

This is not a global phenomenon, however,  with 18-24 year olds considerably less likely to make ethical purchases than both 25-34 year olds and 35-44 year olds in other nations. This suggests that increased growth in ethical consumerism may not be solely driven by younger consumers globally despite what we see in the UK market.

However, this does not mean that the UK is a leader in ethical consumption. In the total sample for each nation in our Trajectory Global Foresight research, the UK falls behind the curve when it comes to purchases from ethical companies.

While there is growing interest in ethical products and services in the UK, just 29% of consumers state that they are likely to make ethical purchases, compared to between 65% and 75% in India, Brazil, China and Turkey. Compared to these nations, UK consumers remain considerably less committed to ethical consumerism than those in other nations.

This trend is not restricted to the UK, with other advanced economies exhibiting similar levels of interest in ethical consumption when compared to less advanced nations. Trajectory Global Foresight data shows that both France and Germany have low percentages of consumers willing to make ethical purchases.

But why is it the case that emerging economies are more likely than advanced ones to make ethical purchases?

One argument is that such countries are more exposed to the issues that arise from a lack of ethical consumption, meaning that purchasing such products may have a real impact on their lives, as opposed to those in the UK or other advanced economies in which the decision on whether or not to make these purchases is no more than a moral issue.

The increased availability of some ethically friendly goods also makes the nature of these products less distinguishable to western consumers, making the purchase of an ethical product seem less special; and something they may not even realise. Perhaps if these products were less often the primary choice for retailers to sell, as is the case with emerging economies, more consideration would be required from consumers in making these purchases, and increased awareness may occur as a consequence.

Additionally our global segmentation work shows that consumers in advanced economies are more cynical, and with free range and organic products often more expensive than their less ethical counterparts, it would make the purchase of such products for those earning lower incomes, as well as many earning higher incomes in these countries less appealing, regardless of how readily available they may be.

Despite ethically friendly products and services being made increasingly available by retailers, western markets still fall short of emerging economies regarding desire to make ethical purchases.

Measures therefore need to be put in place to increase the awareness of the issues that less ethical purchases can have on the planet, and to make a wider range of ethical produce more appealing to the more cynical western consumer. With optimism and spending on the decline in the UK in the run up to Brexit, perhaps ethical choices that have less strain on our wallets are the solution to making consumers in the UK less likely to continue to eschew ethical consumerism.