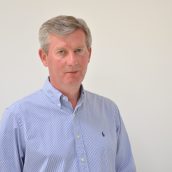 Each month I’m looking at how brands – or countries – respond to consumer trends.

When temperatures reached 40C in England last month, it was only natural that the climate crisis became a hot topic. How we mitigate – or counter – the effects of a warming planet preoccupies governments, corporates and (increasingly worried) citizens.

In Saudi Arabia, a radical new scheme has been proposed that neither mitigates nor counters global warming. Instead, the proposed development is an Earthbound space station built to protect humans from an uninhabitable planet.

The Saudi city of Neom (aka ‘The Line’) is an enclosed strip of urban space that stretches out across the Tabuk desert.  It is 170 kilometres long, 200 metres wide and 500 metres high. Its mirrored walls reflect the expanse of desert around it.  It has space to house nine million people. Anyone familiar with the science fiction writing of Iain M Banks will feel an odd sort of familiarity with the concept – an unfeasibly large structure, off the scale of human imagination.

If Neom sounds familiar, you may have seen the TV ads for it on Sky.

HRH Crown Prince Mohammed bin Salman describes The Line as; “…a civilizational revolution that puts humans first based on a radical change in urban planning.” He goes onto say that; “We cannot ignore the livability and environmental crises facing our world’s cities…” The city is touted as sustainable (there will be no cars within The Line), and it will be completely powered by renewable energy.

The Line lacks for neither ambition nor critics. This FT article gives you a sense of the response to it.

Perhaps the most interesting thing about Neom is not the scale of the ambition but the insight it provides into how one world leader views the future.  HRH Crown Prince Mohammed bin Salman’s response to the Climate Urgency trend suggests that mitigation won’t work; there is no practical solution to global warming.

Instead, he believes we need to build new forms of shelter in an increasingly uninhabitable world.