Last week, our annual look at the year ahead revealed a troubling development within the British consumer psyche – a significant decline in confidence in finances, both at home and in the national economy.

Our data, collected as part of our longitudinal study, Trajectory Global Foresight, shows that from 2011 to 2014, consumer confidence grew substantially. Respondents’ attitudes are often more conservative when assessing their own situation than national or international contexts, and this data is no different – when it comes to judging the economy, the highs are higher and the lows are lower, but the patterns remain the same.

Looking at the chart below detailing growth in real pay – growth in wages relative to increase in inflation – in the corresponding period the impact of increases and decreases in real pay on financial confidence is clear. From November 2011 to July 2015 there was a significant – if not steady – improvement in growth in real earnings, from -2.4% to +2.6%. By November 2015 – the month in which our 2015 data was recorded – growth in real wages had begun to decline, with consumers increasingly beginning to feel pinch after a period of sustained growth. 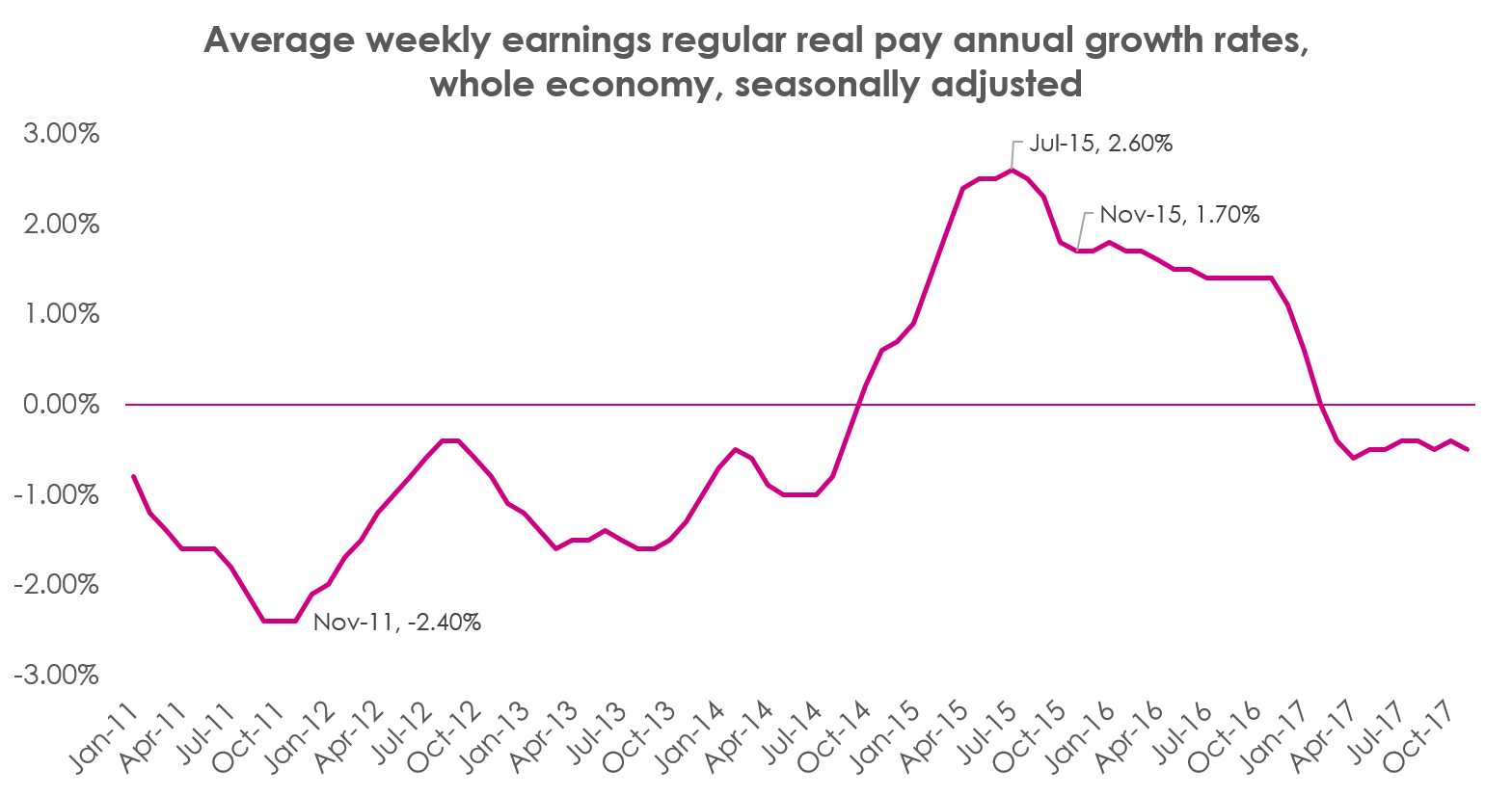 Significant decline in growth – which became negative in March 2017 – has seen cost of living pressures increase at a time when consumers might have thought the impact of recession would have been long behind them, and consumer confidence has crashed.

These pressures will have notable impacts on consumers, conditioning the way we think and spend and precipitating recessionary behaviours like price sensitivity and bargain hunting. This presents challenges for most businesses – but for some it presents opportunity. For value supermarket chains like Aldi and Lidl, as well as domestic tourism businesses eyeing these figures and a weak pound (possibly remembering the Staycation boom of 2009-10), the environment created by this consumer mindset is a hospitable one.

The UK’s decision to leave the European Union is likely to have driven these developments, with households worse off by between £400 – according to the Centre for Economic Performance based at the London School of Economics – and £600 according to the National Institute for Economic and Social Research – as a result of the vote to leave the European Union. It is not just expert analysis that has a pessimistic outlook for Brexit – research by NatCen released in December 2017 showed that 49% of UK adults feel Britain will be worse off if it leaves the EU compared to 24% who feel Britain will be better off.

The result is a recessionary mindset, without the recession, and – with the potential for another recession looming – it begs the question of where consumer confidence has left to go. Existing trends in consumer behaviour will be disrupted by increasingly low confidence, while some longstanding ones – such as the play society – are likely to go into reverse.

As we’ve seen before however, with change come both challenges and opportunities, and a forward-facing business strategy is crucial to mitigating risk and identifying opportunities in disruption.