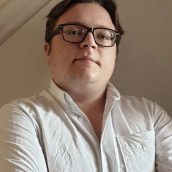 The Big Tech bubble hasn’t burst quite yet – but 2022 was a difficult year for tech companies and this year holds the promise of further adversity. In a period of rising operations cost, reduced investment, and declining consumer spend how will the streaming media, quick deliveries, and cheap rides that consumers have become used to hold up?

After a decade of massive and almost uninterrupted growth, the last twelve months saw the tech sector as a whole stumble. Share prices for Meta, the parent company of Facebook, and Amazon fell significantly – with Meta’s share price falling by 65% between Q1 2022 and Q3 2022 (equating to a loss of almost $10bn) after its misstep into the world of virtual reality whilst Amazon contracted sharply after lower than expected sales.

But it wasn’t just in the stock market that tech took a hit.

Netflix recovered from a rough first six months to return to subscriber and profit growth by the end of the year – but left a trail of ninety cancelled shows and an increased subscription fee in its wake. Amazon cut 18,000 jobs, topping Meta’s own cuts of 11,000, and raised its Prime subscription pricing as it moved to make up the shortfall left by lower than expected consumer demand and by its $15bn spending on tv, movies, and sports content – all included, for no extra fee, in its basic Prime subscription.

Taxis and takeaways, in Uber and Deliveroo, weren’t left out either.

Deliveroo warned of lower than expected sales growth, even as it took 30% commission on takeaway sales, whilst Uber took a 25% hit to its share price in 2022 as increased fare prices, rising costs for drivers, and the growing difficulty of even finding an available Uber as a user left customers cold.

So what has been driving Big Tech’s bad fortunes?

Inflation and the rising cost of operations was the obvious, and valid, excuse – as the increased cost of materials, energy, and labour created pressure on overheads. Yet Big Tech also suffered acutely from the overall slowdown in the stock market and from the slowdown in investments across the economy. Higher interest rates on both sides of the Atlantic also played havoc – increasing repayments on debt (which are substantial for many tech firms) and incentivising investors, large and small, to look to government bonds and gilds over more volatile investments.

Meanwhile reduced consumer spending has placed pressure from the other end – as customers cut back on discretionary spend.

The contraction the sector faced is also a case of the proverbial hens coming home to roost. Many tech firms were significantly overvalued throughout the late 2010s and early 2020s – with the value of initial floats on the stock market often degrees of magnitude larger than the actual revenue and, more importantly, the profitability they actually presented. In the moment this allowed companies like Uber to flood the market with cheap services and rapid expansion designed to maximise customers and root out competitors – all at a loss.

Yet as the world economy teeters on the edge of a downturn those same investors are now pushing for higher returns – leaving tech firms scrambling for ways to boost profit margins.

What does this mean for consumers? Netflix is one case study that might point the way. A crackdown on password sharing, one way in which watchers avoid subscription costs, has been accompanied by price rises and the rollout of a tier of subscriptions that includes advertisements during shows – to lukewarm uptake. Workarounds customers used to reduce costs are set to be winkled out of existence whilst further price increases within the sector are on the way.

Some consumers are likely to be priced out entirely from the once cheap services they were used to – whilst others will have to settle for a lower-standard of service compared to those willing to pay the new fees. Other tech services, especially around transport and possibly also around `one-day` delivery, may change entirely – becoming more expensive and less reliable as they reassess their entire approach to the market.

Big Tech hasn’t burst, yet, but it is changing. And it will be consumers, through pricing and through their ease of access to the services these tech firms provide, that will feel this change the most. The cheap convenience of the last decade may be on its way out.

In a world of heightened consumer expectations that may be a difficult adjustment.