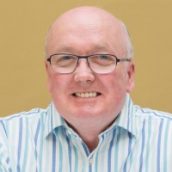 Consider this. The average weekly household spend in Britain is about £575.

You might well instantly object that an average is a bit meaningless here; for one thing, the spend is £200 higher in the South East than it is in the North East. Moreover, and obviously enough, in certain weeks of the year a family might well be buying itself an expensive three-piece suite or booking a holiday in Mallorca or shouldering the expense of an unexpected funeral. Also, there will be people who would love to be able to spend £575 in the shops but simply do not have it to hand. After all, the Trussell Trust tells us (2019) that it hands out some 1.6m food parcels each year. Also, as the Bank of England informs, a typical household spends an extra £500 at Christmas time – delivering a massive boost to sales of books, DVDs, fashions and drinks. Household spend is never perfectly stable.

But to explore the breakdown of that average spend (as helpfully provided by ONS) is to open our wee mystery here. We can learn that the biggest bite is taken by Transport: £81 pw; then Housing & Power: £76 pw; then Recreation & Culture: £75 pw; then Food & Non-Alcoholic Drinks: £61 pw; then Restaurants & Hotels: £50 pw; then Clothes: £24 pw. And so on, down to Miscellaneous: £44 pw.

Let’s cut to our thrust here. Imagine on a given day in the future, Her Majesty’s Government agrees that rail fares can rise by 6% while on that same day the major domestic heat & power suppliers announce that bills are also to rise by 6%. In our notional example here, inflation has, we can tell you, come to rest at 1.5 % while average earnings are rising by a meagre 1%. So, what is implied is a substantial drift of spend away from some sectors and, transparently, into others. Supermarkets can, in the example, expect pressure on sales and may well see footfall reduced and profits compressed.

Now, of course, consumer markets are not all regulated in the same way. Some are managed by Of-quangos and some by (more or less) the simple play of competition. Some can act mutatis mutandis as a quasi-cartel and some are pretty much lone wolves.

Our point here – the pivot of our mystery – is that there is no force around and available to manage this process, aka to ensure something like a fair distribution of what is, plainly, the highly finite weekly spend of Joe & Julie Median-Brit. In other words, on a given day, the financial prospects of a supermarket chain could turn not on the whims of over choosy and/or price sensitive customer or even the competitive doings of other chains  –  but on the decisions of public bodies and oligopolies lying completely outside of their sui generis business.

The mystery is why this phenomenon is not more widely illuminated and discussed.

Maybe it has something to do with the presence of multiple directors on multiple boards?

Maybe it just seems ungentlemanly (sic) to talk about and across sectors other than one’s own?

But not for the first time we are reminded that Marketing is really about raw politics and corporate muscle as much as it is about price, position, creativity from the agency plus only-Sudseaux-washes-whiter product PR – alongside the parading of the conventional social and ecological sensitivities.

We raise here an issue which in all our collective years in the showbiz of trends analysis and social forecasting we have never really  heard openly and constructively discussed at business conferences.